Quatos is a nonlinear adaptive attitude controller addon for Autoquad. It can be used to replace the default PID controller for a more robust and responsive attitude control in the presence of increased turbulence and wind gusts. It also adapts to off centric weights and motor imperfections without  retuning.

The Quatos addon is not open source. It is developed, maintained and supported by Drone Controls.

All info about Quatos, Licensing and Upgrades can be found on the Drone Controls Website.

Every Autoquad controller sold from from October, 30th 2014 will come with a personal hobby use license for crafts up to 1kg. Upgrade paths for crafts hobby crafts over 1kg as well as commercial, research and educational licenses are available also. Read more on the Quatos license information page.

How does it work?

Quatos uses a quaternion framework to ensure uniform performance throughout the entire flight envelope. The design is similar to an indirect MRAC with a disturbance observer. Quatos manages the tradeoff between performance and robustness by using techniques modified from classical control theory.

It comes coupled with a dynamic control allocation module that optimally utilizes multiple actuators (rotors) to reduce saturation events in extreme maneuvers by recalculating the power distribution matrix on the fly.

Put simply, Quatos estimates disturbances in real time and cancels them out. Coupled with Autoquads outer loop NAV controller, it constitutes a powerful state of the art control system.

Since it is a nonlinear controller, the performance and behavior is the same regardless of craft attitude (angle). So no matter if you are hovering around or flying at maximum flight angle in strong wind, Quatos will rigorously try to cancel out disturbances to keep commanded attitude at all times.

This results in superior performance (increased disturbance rejection, better tracking of offset points, and lesser over shoot) when compared to the conventional PID controller which it replaces. Numerous tests have shown the precise tracking that it is capable of, in­spite of load imbalances, high winds and turbulence.

100’s of hours of flight testing and pilot feedback to the design team have lead to a control system that feels intuitive and a pleasure to fly. Correctly set up and tuned, Quatos will offer both a very smooth flight charateristic and a very crisp pilot control response.

What do I need to know?

Quatos requires a fast closed loop RPM control. This means that Quatos is supported on ESC32  for brushless motors and on the M4 using the internal motor drivers to run coreless brushed DC motors. UltraESC support is in development and expected to release soon. Other ESCs like the KISS ESC are also supported by using a special firmware. Read more in our Quatos forum thread. 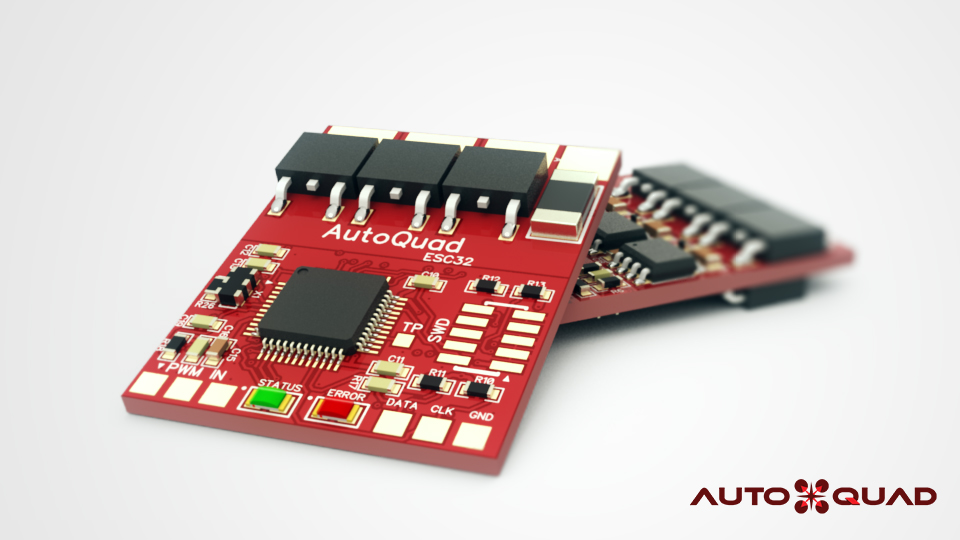 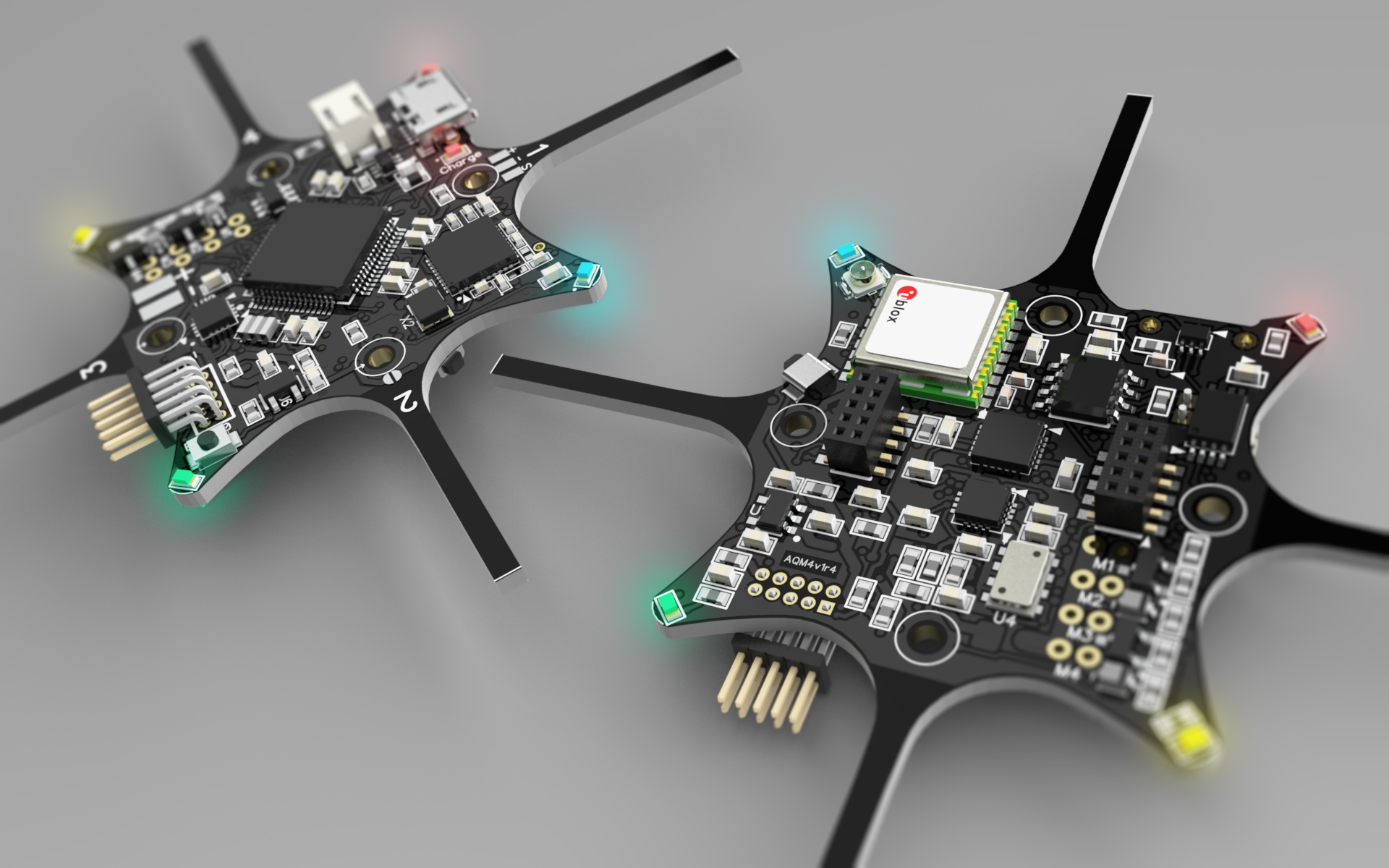 This approach means that Quatos can be scaled very accurately from nano-sized M4 based quads and up to full-sized heavy payload copters with up to 16 motors. But some work is needed to gather the needed data and set it up for a new crafts. The process is described in detail on the coming pages.

Get started with a reference build

The Autoquad team will release a number of well documented builds and setups for Quatos that will make you able to get started fast with a tried and tested setup ranging from M4 based nanoquads and up to bigger crafts based on EDU and FCP frames with full configuration files.

So with one of our reference setups, you will be able to purchase a full Autoquad kit containing all parts needed to build a Autoquad and Quatos based MR with superior performance. Just assemble the craft according to the build instructions found in our Quatos reference build section and load the params and you will be ready to fly right away. 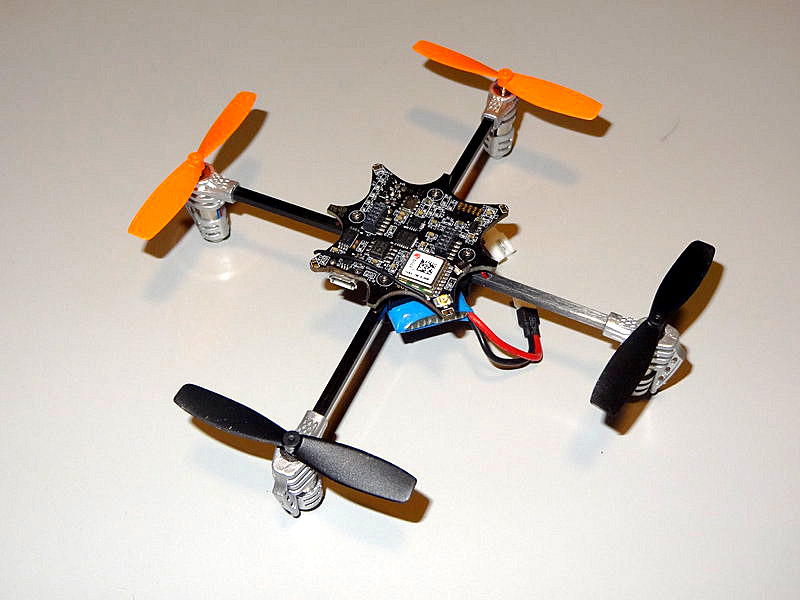 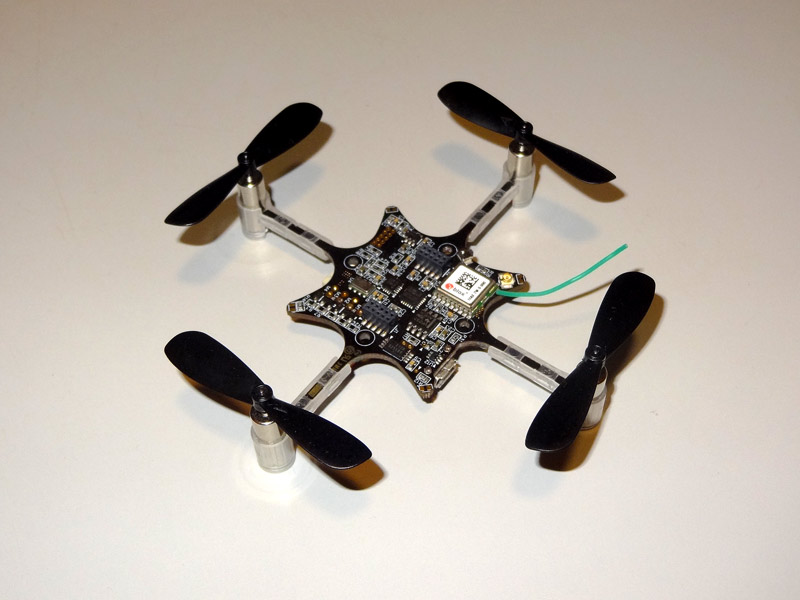