Quatos requires knowledge of the aircraft mass distribution and motor placement. Once you have all your masses, and their placement measured from the center of the body, QuatosTool will generate all the parameters you need.

Start by weighing all of the major airframe components. Motors, mounts, arms, body, landing gears, gimbals, flight controllers and similar. Basically you need to know mass of every major component. For bigger components such as gimbals, body, batteries and other peripherals, you also need measure their size. Make notes.

Download the Ladybird XML file. The file describes the mass distribution for the LadyBird reference build as shown below: 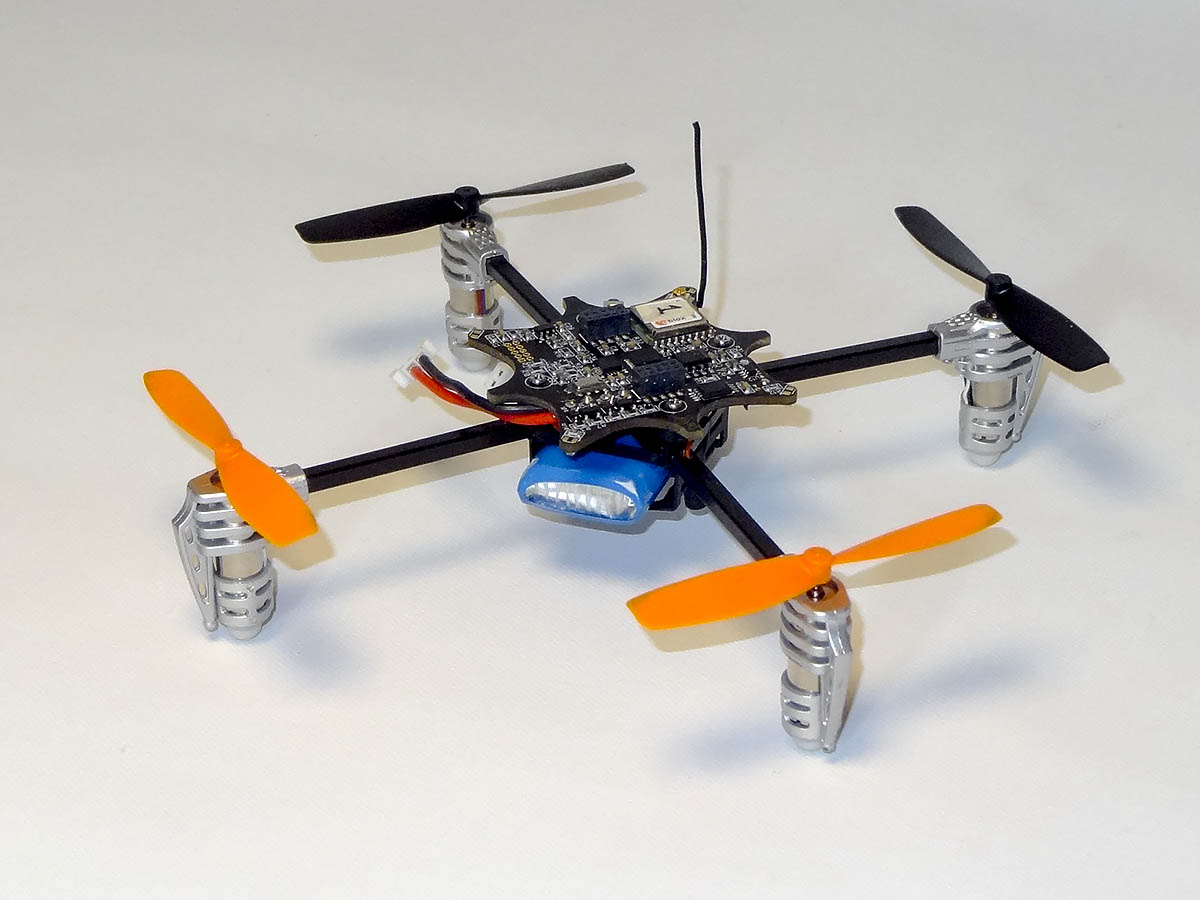 Open the file in a text editor.

The first commented part of the XML file tells you that distances are in meters and mass is in grams.

The first lines begins the quatos configuration by defining the name of the config and telling the Quatos tool that the frame geometry is a Quadrocopter in X-orientation. Craft id can be anything it is just for your reference.

This defines the motor order and direction of motors. It starts from motor A (forward left, clockwise) and then follows the clock just like in the normal mixer table: 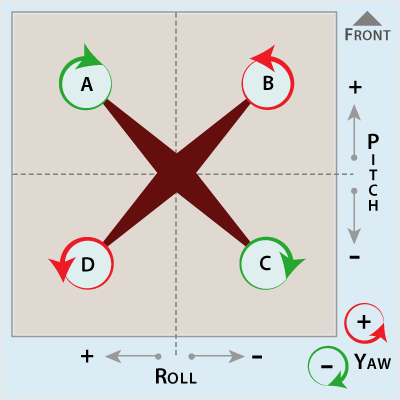 Section: Distance and Mass for Motors, Arms and ESCs

Distance:
The next lines defines the distances for motors and other items mounted on the arms.  This is expressed in meters from center of body. Since the motor layout is already defined in the setup line (quad_x), we only have to state the distance from body center to the part.

Then we come to arm, motor and ESC mass (weight in grams):

For single components (such as batteries, cameras, gimbals, control stacks and similar) we can define cubes or point mass. These cubes are defined by dimension, offset and mass coordinates. A point mass is a cube with zero volume (dimX/Y/Z is 0) 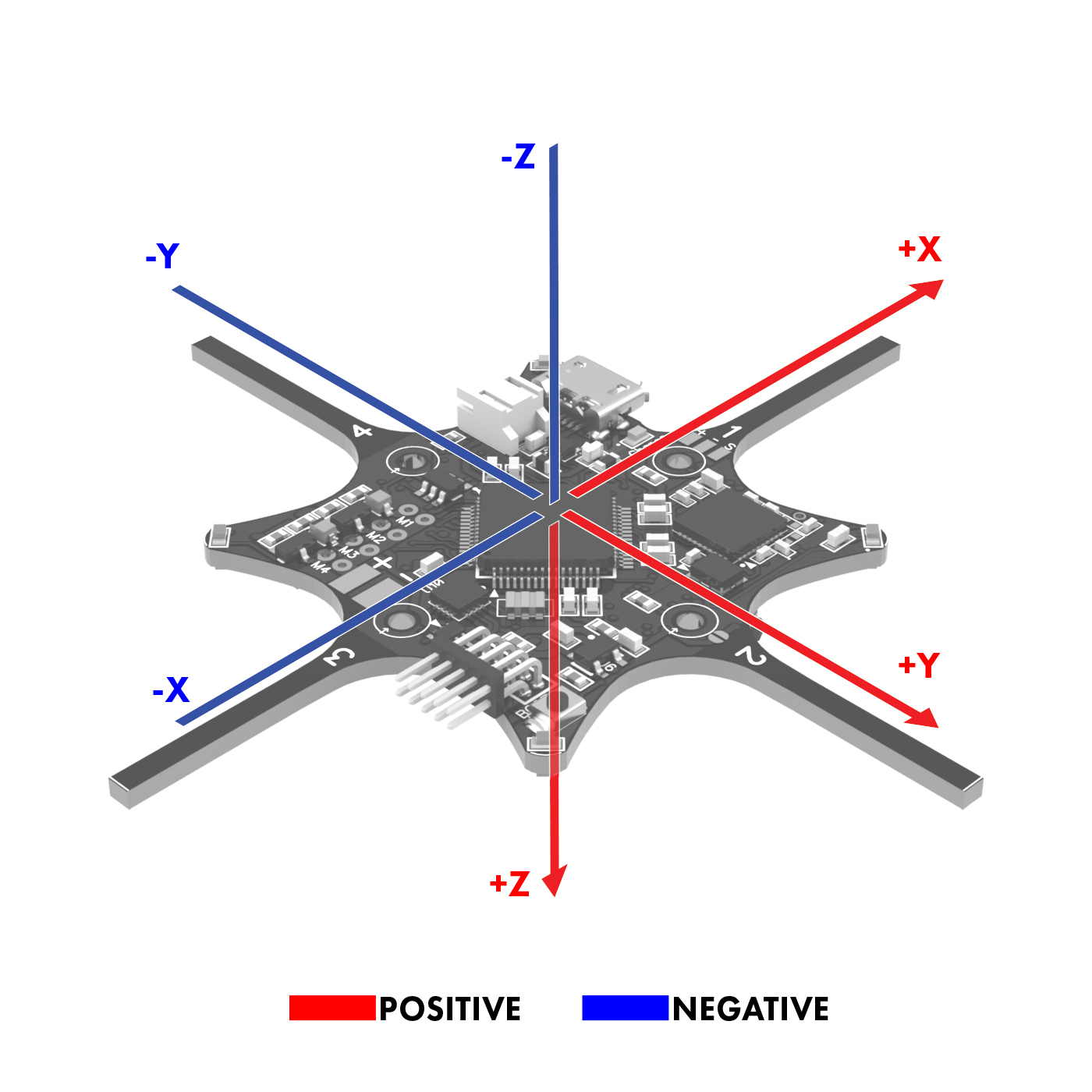 Each of these cube/point masses is expressed on a single line as a dimension (dim) and Position (offset) and mass (in grams), using the following syntax:

Remember that dimension and offset is in meters and mass is in grams. Point of origin is the frame center.

Body:
So for the Ladybird body, we have a cube with dimensions 30*30*15mm that sits in the exact geometrical center of the frame (0,0,0) and has a mass of 4 grams. That is written like this:

To end the XML properly we add

In case you need to add more stuff like cams, gimbals and other payloads, these can be broken down into cubes by duplicating the cube lines and editing the dimension, distance and mass coordinates.

When you are done editing, save the XML file under a new name.

We now have a file that defines the masses and distances for the Ladybird frame in X configuration. Next step is using this file to generate moment of inertia and motor thrust distribution parameters using the Quatos tool. You could use either the online quatosTool found on the drone-controls site or use the offline one. We recommend the online version of quatosTool for those uncomfortable with a command line interface.

As of QGroundControl AQ v1.6, you can import your xml file directly into the Motor Mixing Configuration.  This runs the included quatosTool in the background, shows you the output, and loads it into the displayed mixing table.  Be sure to select the “Quatos” checkbox first.

Instructions for using command-line quatosTool are given below

A great tool for visualization of the copter geometry and masses is the XML-to_WRML tool by Fred: 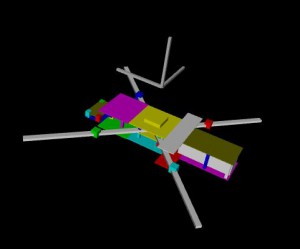 Get more info and the download in this forum thread.