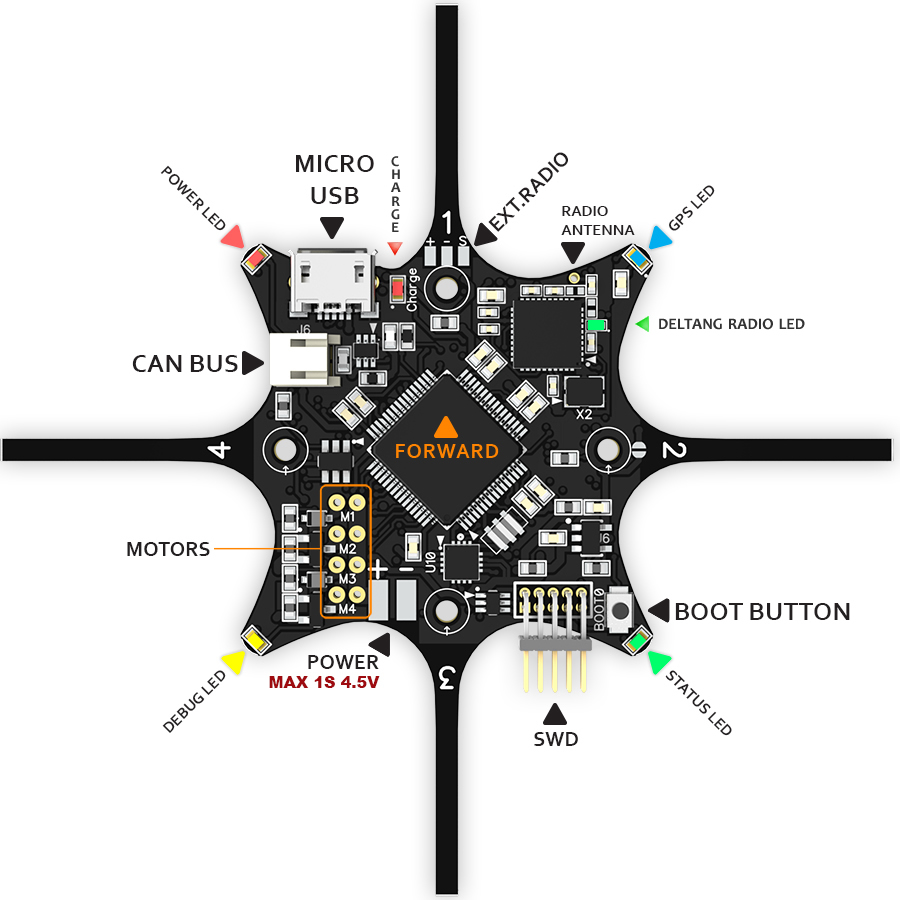 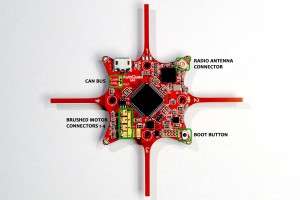 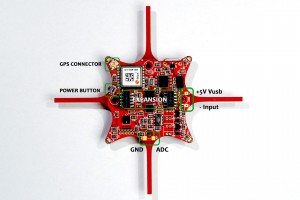 Switching the Board on/off

After connecting the M4 to a 1S LiPo you can switch the board on/off via the small push button, located between arm 2 and the GPS module (see reference image above). 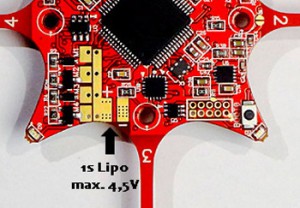 When using a USB connection, the M4 turns on automatically. Don’t attempt to fly on USB power alone!

RED LED (main power) on the corner between arm 1&4, next to the CAN connector and Micro USB
off = no power
solid = power supplied

GREEN LED (onboard Deltang receiver on M4v1 beta boards) between arm 1&2, next to the radio antenna and Deltang receiver chip, needs to be activated in the parameters
off = not activated, not bound, not working
flickering = bind mode, waiting for transmitter to bind
solid = bound, connected, normal operation
Note: On the M4v2 production board the bind process will be indicated by the YELLOW LED.

There are several blink codes involving 2 main LEDS (blue and green) except for the red one which can only display on/off status:

Onboard Magnetic Calibration (calibrating the onboard compass)
the LEDs will flash rapidly, then blink slower until they go solid for a second and then show normal state.

SAVE to EEPROM (saving calibration data)
same as TARE

Please refer to the page describing the Onboard Calibration functions.

When the lipo has reached stage 2 of the lipo alarm, green and yellow LEDs will flicker simultaneously to signal a critical condition of the power supply. You can adjust it to your needs: set low level stage 1 to 3.5V and stage 2 to 3.3V. Depends on your lipo.
Bring the copter down as soon as level 2 alarm kicks in! 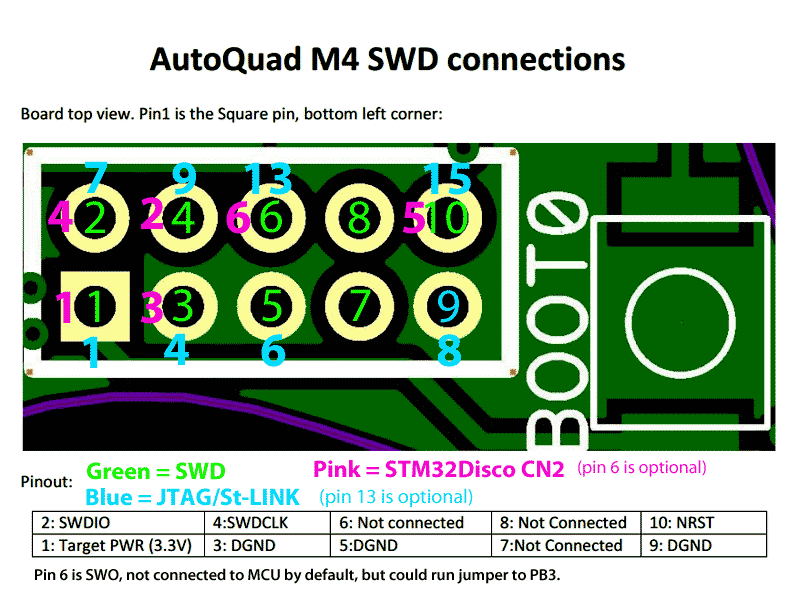 If you are not using the onboard brushed motor ESCs, and are very handy with a soldering iron, you can tap into the motor 1-4 outputs directly.  For example to connect a brushless ESC or to use AQ signaling features.  Here are a couple pictures showing where to pick up the signal from. 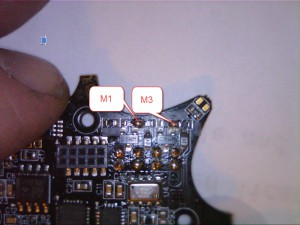 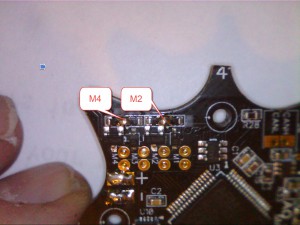